Daughter: My father was diagnosed with liver cancer in August 2011. 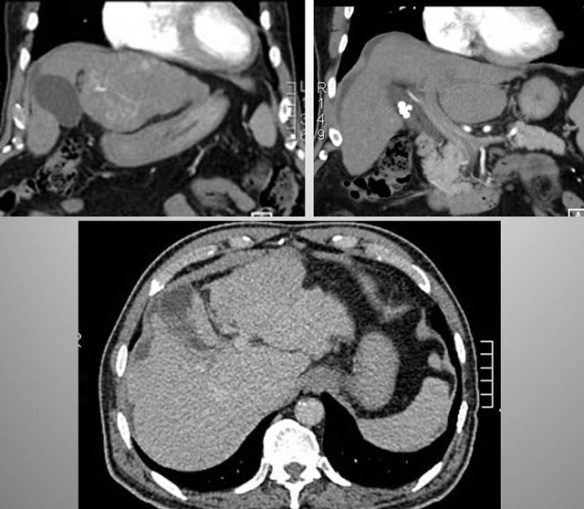 The doctor wanted him to do chemotherapy. We did not allow him to do so. I argued with the doctor.

The doctor did not get angry with you? Yes, he was but I did not bother. Since we did not want to go for chemo (injection) he was asked to take an oral drug for his liver. This cost RM 20,000 per month.

Wait, wait. Let’s start from the very beginning. Actually what happened and when? D: My father had winds in his stomach. This was in August 2011. He consulted a doctor who told him that he had a gallstone. His liver had some shadows. The doctor then suggested that my father do a CT scan. He went to do a CT scan and the result showed a Stage 2 liver cancer. The doctor suggested chemotherapy. We told the doctor we wanted to go home first and consult with all the members of the family. After that we went to seek a second opinion from a liver specialist.

The Second Opinion – the Liver Specialist

I was not happy. The first doctor we consulted with told us that my father had to stop all his heart medications before undergoing chemotherapy. My father had a heart by-pass before. But this liver specialist did not even consider this. He was pushing my father to do chemo quickly. But I refused.

Okay, you refused chemo. What did the doctor say? D: I argued with him. Then I requested that he do another CT scan for my father. So, a second scan was done.

Did you ask the live specialist if chemo can cure your father of his liver cancer? D: Cannot. I asked him, “Doctor, you want to give chemo to my father – can you cure him?” The doctor could not give me an answer. He just kept quiet – no answer. Then he said. “It all depends on the patient himself.”

What ? It now depends on the patient? D: I asked the doctor further – “ You give my father the chemo, what can  happen to him after that?” He answered, “The liver may become hard, the patient becomes yellow (jaundice). And his eyes may become yellow.” I countered the doctor, “Okay doctor, my father currently has no pains, can eat, can sleep, can walk and move his bowels – after the chemo, his health is jeopardised  and he may not be able to do all these – what’s the whole idea?

What did he say to that? D: The liver specialist said, “I have found the best oncologist to do the chemo for your father, do you know that? I have already made the necessary arrangements for your father to do the chemo tomorrow. Now you tell me you don’t want to do it.” But I said, “In the first place, we never ever agreed to undergo chemo.”

But he told you, There is no cure and the patient becomes yellow – why do the chemo then?  D: I eventually told the doctor very bluntly, “My father doesn’t want to do chemo.” My mother also said, “The patient refused chemotherapy.”

How did he respond to that? D: Okay, if the patient did not want chemo, there is nothing we can do.

Did you ask him how much the chemo is going to cost you? D: No, we never get into that. He did not tell us about the cost and also how many cycles of chemo he was going to give.

Assistant to the Liver Specialist:  Patients come in healthy, they go out yellow! Why not try the RM 20,000-per-month oral drug for liver cancer?

D: The second CT scan report was ready after two weeks.  I requested to have a copy of the report so that I can bring it to you (CA Care). I went to the hospital and met the assistant of the liver specialist. He is also a medical doctor – a nice person. I asked him, “From your experience giving chemo to so many patients, how many really do well? This nice and friendly doctor answered, “To tell you the truth, patients come in looking healthy, but they go out looking yellow after the chemo.” This is what the assistant told me. Then the assistant said, “If you don’t want to do chemo, why don’t you take the oral drug instead. “ This drug cost RM 20,000 per month. But I told the doctor, “But doc., this drug has so many severe side effects” (Read this post: Benefit and side effects of Nexavar).

My Friend’s Husband Took the Oral Drug for Liver Cancer, He Vomited Blood and Died Within Two Weeks

D: The doctor replied, “ No, no serious side effects – you only feel itchy and have reddish palms.” I told the doctor, “My friend ‘s husband had liver cancer. He took the oral drug that cost RM 200,000 per month.  He vomited blood and within two weeks was dead.” The doctor went silent. He kept his cool and smiled. The he asked, “If you don’t want to do chemo for your father, what do you want to do then?” I replied, “I am going to bring my father to take herbs.”

What was his response? D: He said, “Go ahead and try it.”

Did you know what is the name of that oral drug? Nexavar? D: I did not take note of that. I only know that it can damage the liver and kidney. I read this on the packaging of the medication.

D: Unfortunately, that is the way it is with doctors today. They just want patients to do chemo. After injecting the chemo into you, the poison is already in the body – if you die, you die. That is your business.

This is the way our world is now. You need to take care of yourself. You have to be responsible for your own health and wellbeing. If not, it may be like “just jumping into the sea.”

Read related story: My friend – business partner – died after chemo for his liver.

1 thought on “Dissecting Chemotherapy 11: No Chemo for Dad’s Liver Cancer – Wisdom of a Daughter”