After reading Steven Brill article, Bitter Pill: Why medical bills are killing us (Time magazine, 20 February 2013) I started to surf the Internet and posed some questions. Let me share with you what I found.

Frederick Allen of Forbes wrote an article: The Reason American Health Care Is Out Of Control http://www.forbes.com/sites/frederickallen/2013/03/05/the-reason-american-health-care-is-out-of-control/

This is what he wrote:

As Steve Brill wrote: Everyone along the supply chain—from hospital administrators (who enjoy multimillion-dollar salaries) to the salesmen, executives and shareholders of drug and equipment makers—was reaping a bonanza.

And the only free-market choice I could make at this point to bring way down my own astronomical medical costs would be the choice that was so famously given to Jack Benny: Your money or your life.

I typed this question in Google search: Is the US healthcare cost-effective?

I typed this question in Google search: Is the US healthcare compassionate?

1. Empathy, emotional support, and a desire to relieve a patient’s distress and suffering.
2. Effective communication at all stages of a patient’s illness and treatment.
3. Respecting patients’ and families’ desires to participate in making health care decisions.
4. Knowing and relating to the patient as a whole person, not just a disease.

Compassion is as important in helping patients manage chronic and acute conditions as it is at the end of life. To improve quality and reduce costs, compassion should be present in all aspects of our healthcare system.

I typed this question in Google search: Is the US healthcare money driven?

There is a movie –  Money-Driven Medicine –  produced by Academy Award winner Alex Gibney (Taxi to the Dark Side, etc.) and inspired by Maggie Mahar’s acclaimed book, Money Driven Medicine: The Real Reason Health Care Costs So Much.  The message of this movie:

In another article: 50 Signs That The U.S. Health Care System Is A Gigantic Money Making Scam That Is About To Collapse, the author wrote:

I typed this in Google search:  Are Americans going bankrupt due to medical bill?

The shocking discovery: Most medical debtors were well educated, own homes and had middle class occupations. Three quarters had health insurance.

What has gone wrong? High medical bills directly contributed to their bankruptcy. Many families with continuous coverage found themselves under-insured, responsible for thousands of dollars in out-of-pocket costs. Others had private coverage but lost it when they became too sick to work. Nationally, a quarter of firms cancel coverage immediately when an employee suffers a disabling illness; another quarter do so within a year.

The authors concluded: The US healthcare financing system is broken.

In the New York Times, Medical Bills Cause Most Bankruptcies, Tara Parket-Pope wrote:  Nearly two out of three bankruptcies stem from medical bills, and even people with health insurance face financial disaster if they experience a serious illness. The U.S. health care financing system is broken, and not only for the poor and uninsured,” the study authors wrote. “Middle-class families frequently collapse under the strain of a health care system that treats physical wounds, but often inflicts fiscal ones.

Brennan Keller wrote in his blog: A new study done by Harvard University suggests that more than 62% of all personal bankruptcies are caused by the cost of over-whelming medical expenses. Of the most financially devastating diseases, cancer reigns supreme.

Professor of Political Science, University of Missouri-St. Louis, Dr. Kenneth Thomas wrote: Medical Costs Help Drive United States to Highest Bankruptcy Rate in OECD.  A study published in the American Journal of Medicine shows that there was a sharp increase in the proportion of bankruptcies with significant medical causes (defined as debts over $5,000, loss of income due to health problems, or mortgaging of the debtor’s home to help meet medical expenses) between 2001 and 2007. According to their study, 46.2% of bankruptcies in 2001 were medically-related, while by 2007 the level had grown to 62.1%. 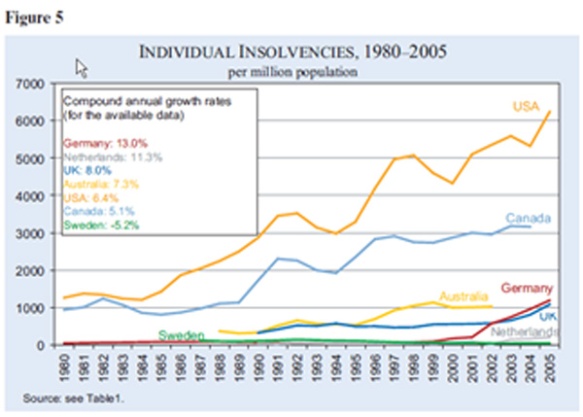 As expected, in any democratic country, there are always people who would dispute every scientific finding. Sally Pipes in her article: Medical bankruptcy: Fact or fiction?  http://thehill.com/blogs/congress-blog/economy-a-budget/263547-the-myth-of-medical-bankruptcy#ixzz2NHrAoqfD  wrote:

You can agree or disagree with what Sally Pipes wrote, but let me ask you to read again the article: Are medical bills killing patients?  $83,900 (approx: RM 251,700) the initial cost of a lymphoma treatment, or $902,452  (approx: RM 2.2 million) for treatment of lung cancer for 11 months before the patient died.

With that kind of medical bills, who would not go bankrupt?

As I surfed the internet further, I came across many shocking facts – I asked myself:  How not to go bankrupt with things like this happened?

The tab for medical care can add up quickly. Take a breast cancer diagnosis, for example.