MS is a 64-year old Indonesian from Jakarta. His problems started when he was unable to empty his bowels for about a week. There was laceration in his anus. He went to a private hospital in Jakarta and underwent a surgery. At that time he was told his problem was not due to cancer. He was fitted with a ileostomy bag. Then he was prescribed Salofolk, an anti-inflammatory drug for bowel diseases.

Unfortunately things did not work out well for MS. In early August 2016, he underwent another surgery in another private hospital in Jakarta. But nothing was done.

MS’s wife said MS did four times of biopsy in Jakarta. The doctors said there was no cancer!

No satisfied, MS came for further treatments in Penang. On 18 August 2016, in Hospital A, MS did a PET/CT scan and was told by the doctor that he was 99 percent sure that his problem was not due to cancer!

Again, not satisfied, MS went to Hospital B in Penang and did a colonoscopy. Yes, the doctor told MS there was NO cancer and MS was again prescribed Salofolk and was sent home.

Three months later, 25 November 2016, MS came back to Hospital B again to consult another doctor. This doctor told MS that there was a 9 cm tumour in his anus!

Since the mass was too big, MS was told to again go to Hospital A for chemotherapy. The idea is to shrink the tumour before an operation can be done.

On 1 December 2016, MS was started on chemotherapy and an oral drug, Xeloda. In addition, he underwent 28 sessions of radiotherapy.

When Xeloda did not show much effect, MS was switched to another oral drug, TS-One (currently the in thing for cancer patients!). After 10 cycles of chemo (besides the TS-One and radiation) MS did not get any better. In fact, his health deteriorated.

When MS came to see us, he was in a wheel chair. He presented with the following: 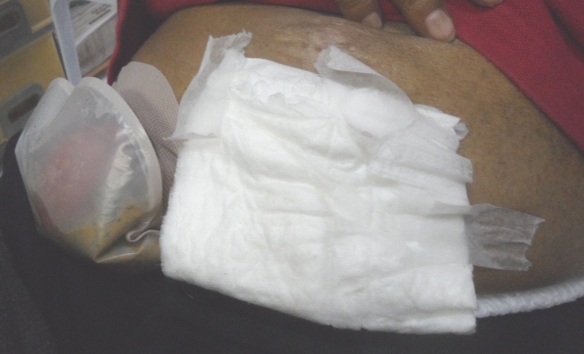 What were the chemo drugs used? No, the family was unable to tell us.

Is the chemo going to cure you? No one dare ever ask such question!

After  28 times of radiation and 10 cycles of chemo, there was no improvement? The oncologist said there is no need to do any scan — just continue to do more chemos!

MS was also told, After the chemo, go home and take a rest. When you are well and strong enough come back for more chemo!

For the record, MS has been coming to Penang for 15 times already.

What did the surgeon say? MS consulted the surgeon in Hospital B. The doctor told him he has only 3 months to live.

MS, his wife and daughter came to seek our help after reading about CA Care in the net. The following are basically what I told them that morning.

One month on CA Care Therapy

MS’s daughter came back and reported that MS got better.

We don’t know how long MS is going to last but at least for now we thank God that his condition has improved in some ways. Take this as God’s blessing. Pray that MS gets better with time.