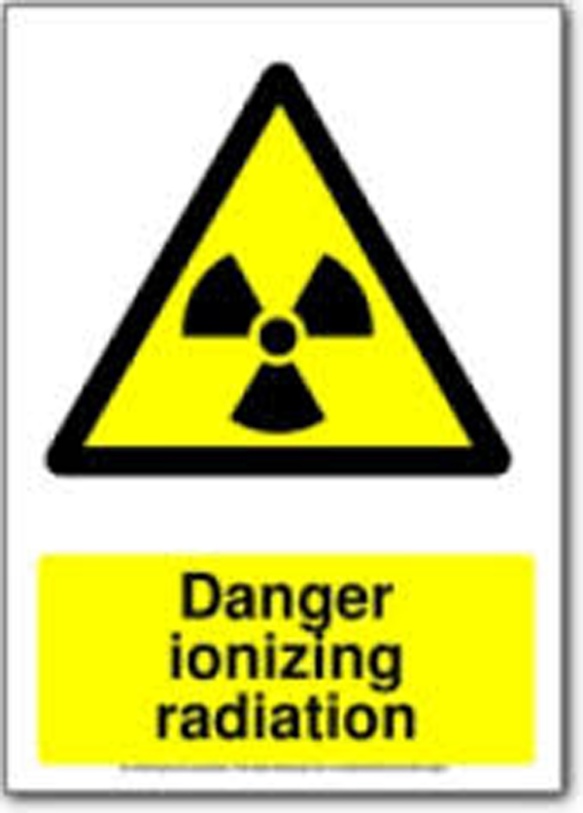 The darkest secret of radiation therapy (or radiotherapy), which uses ionizing radiation, is that it does cause cancer or a second cancer. Such “radiation-induced cancers” are mentioned in the website of the American Cancer Society (ACS). You can read the full article “Radiation Exposure and Cancer” at the following link:

If ionizing radiation passes through a cell in the body, it can lead to mutations (changes) in the cell’s DNA, the part of the cell that contains its genes (blueprints). This could contribute to cancer, or to the death of the cell. The amount of damage in the cell is related to the dose of radiation it receives. The damage takes place in only a fraction of a second, but other changes such as the beginning of cancer may take years to develop.

Ionizing radiation is a proven human carcinogen (cancer causing agent) itself or it causes a second cancer.Some cancer treatments such as chemotherapy and radiation therapy may increase a person’s risk of developing a different type of cancer later in life. Some of the second cancers include Hodgkin’s and non-Hodgkin’s lymphomas, and leukemias or myelodyplastic syndromes (pre-leukemias). Follow the following links to learn more:

The above notes are extracted from the above ACS website.

Who else tells us about the dangers of ionizing radiation?

In the 1950’s Dr Alice Mary Stewart, a physician and epidemiologist specializing in social medicine (at Oxford University) and the effects of radiation on health warned that low-dose radiation is more dangerous than has been acknowledged. She spent more than 30 years studying the effects of radiation on human health. In 1956, Dr Stewart published a landmark paper that concluded that a single exposure to a diagnostic x-ray before birth will double the risk of an early cancer (usually leukemia).  Her results were initially regarded as unsound. Her findings on fetal damage caused by x-rays of pregnant women were eventually accepted worldwide and the use of medical x-rays during pregnancy and early childhood was curtailed as a result (although it took around two and a half decades). For more information on Dr Alice Stewart, read her biography “THE WOMAN WHO KNEW TOO MUCH: ALICE STEWART AND THE SECRETS OF RADIATION” by Professor Gayle Greene, Professor of Women’s studies and Literature at Scripps College.

In the 1960s Dr. Ernest Sternglass, Emeritus Professor of Radiological Physics in the Department of Radiology at the University of Pittsburgh School of Medicine, initially studied fluoroscopy, which “exposes an individual to a considerable dose of radiation.”  Later, he confirmed Dr Alice Stewart’s research findings and in 1963 he published the paper “Cancer: Relation of Prenatal Radiation to Development of the Disease in Childhood” in the journal Science. Dr Sternglass is best known for his controversial research on the health risks of low-level radiation. We recommend that you watch the following YouTube video on Radiation and Health at the following link: http://www.youtube.com/watch?v=J3ib085o-K0

Following the footsteps of Dr Alice Stewart and Dr Ernest Sternglass, Dr John William Gofman, who was the Professor Emeritus of Molecular and Cell Biology at University of California at Berkeley, promoted a linear no-threshold model for the dangers of radiation, suggesting that even small doses over time could prove harmful. Some of his major research/publications are:

In year 2000, the International Agency for Research on Cancer (IARC) based in Paris, lists ionizing radiation as a carcinogen…you can read more at the following link:

In 2005, the National Toxicology Program, US classified X-radiation and gamma radiation as known human carcinogen. Although some scientists challenge this premise, most agree that there is no such thing as a safe dose of radiation. A 2005 National Research Council report confirms this finding, stating that “the risk of cancer proceeds in a linear fashion at lower doses [of ionizing radiation] without a threshold and … the smallest dose has the potential to cause a small increase in risk to humans.” Radiation damage to genes is cumulative over a lifetime. Repeated low-dose exposures over time may have the same harmful effects as a single high-dose exposure.

The European Committee on Radiation Risk (ECRR), in its 2010 Recommendations entitled “The Health Effects of Exposure to Low Doses of Ionizing Radiation” paid tribute to the work and research efforts of Professor Edward P. Radford, a physician and epidemiologist who clearly established that…”there is no safe dose of radiation” (The 2003 Recommendations was dedicated to Dr Alice Stewart as described above). To read the 2010 ECRR Recommendations, follow the link: http://www.euradcom.org/2011/ecrr2010.pdf

As a result of the above glaring hard evidence of the dangers of ionizing radiation currently used in various medical treatments, sensible medical doctors like Dr Russell Blaylock (a neurosurgeon), Dr Margaret Cuomo (a certified radiologist), Dr Francisco Contreras (an oncologist), Dr Keith Block (an oncologist), and many others do have serious reservations about the usage and effectiveness of radiation therapy. Their views/comments will be summarized in our coming review of their books under our series “What Radiation Therapy Does To Your Body”

Meantime, if you would like to read more on the dangers of ionizing radiation and radiation-induced cancers, visit the following links:

2)      Carcinogenesis after Exposure to Ionizing Radiation

5)      State of the Evidence on Ionizing Radiation

To conclude, it is just beyond human comprehension why the medical (or cancer) establishment would want to use a proven carcinogen to heal cancer or is it their intention to create more cancers? We welcome your views.

NB: We trust you know the meaning of “a carcinogen”

The hazard symbol for carcinogenic chemicals in the Globally Harmonized System.