MS is a 68-year-old man. About four years ago, he had colon cancer. He underwent an operation but did not undergo follow-up chemotherapy. He went on vegetarian diet. His cancer did not go away.

CT scan done on 1 August 2016, showed large mass in his right lung measuring 10 x 7.4 x 10.0 cm in size. It invaded the mediastinum. There were also multiple smaller lesions in the right and left lungs, measuring up to 2.4 cm.

MS did not receive any more medical treatment and opted for supplements. He took Transfer Factor, Probiotics, Tea4Life, etc. 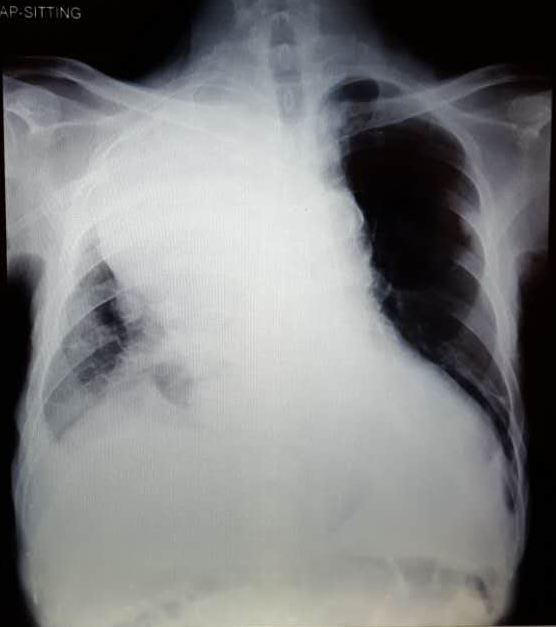 MS stayed at home and took whatever supplements, but these did not help him. On 3 January 2017, a son of MS came to seek our help.

I was told that MS had difficulty breathing and his face, hands and legs were swollen. He was not able to lie down flat when sleeping.

This was what I told his son: This is a serious case and there is no cure. Let us try to tackle the problem slowly. First is to try and resolve this swelling and also get rid of the fluid in his lungs.

MS was prescribed Lung 1, Lung 2 teas plus Lung Phlegm. In addition he was given Upper Edema tea.

Wonderful results: Listen to what his son told us.

Comment:  We often tell people that we are not magicians and we cannot do magic. But sometimes that in this special case, magic did happen. It is beyond our expectation even though we have seen such results happened many times before!  Praise God for this wonderful blessing.