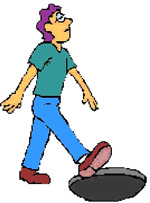 Albert Einstein is said to have defined insanity as “doing the same thing over and over again and expecting different results”. This great scientist went on to say that “Any intelligent fool can make things bigger, more complex and more violent. It takes a touch of genius – and a lot of courage – to move in the opposite direction.”

You may interpret the above quotations anyway you like and for whatever reason or circumstances you like. Let me put them in the perspective of my own work – herbal therapy for cancer. If I have patients coming to me  every day and I prescribe  A, B or C to them and they don’t get well. I must be a real idiot to keep on giving out the same A, B or C to them again and again hoping that one day someone get cured!

To avoid being an idiot, I tell patients to stop taking our herbs if they feel that they are NOT getting any better after two or three weeks. We do not want to mislead you nor waste your precious time. I take this stance because I really believe in what Einstein said.

There is another lesson I learnt from Einstein. To him complex problems may not need complex answers. There can  just be a simple answer to it! But the problem is, many people in this world want to believe that a complex problem must have a “scientific, complicated and complex” answer. That is why we end up with having “experts.”

These so-called experts are highly educated people who talk a language that you and I may not understand. They make things to appear complicated and complex (so that their expertise are always required!)  Let me repeat, any intelligent fool can make things bigger, more complex and more violent. It needs a real touch of humility, courage and a lot of common sense to see things differently. In short, complex problem can just be solved simply! Unfortunately again, to many people simple answers are not impressive – too good to be true!

For the past week,  I spent some time surfing the net in addition to reading a book.  I have shared with you what I read about the insights of Professor Paul Davies in the previous posting, Looking At Cancer Through the Eyes of a Physical Scientist, Stop thinking cancer as a disease! I don’t think we need to cure cancer.

I must admit I don’t know if I am happy or I am angry after reading all these. Perhaps a mixture of both.

I am happy, because I thought the experts have decided to wake up and they don’t want to be insane (as defined above) anymore. For the past many decades the cancer problem was handled by “experts” who make things more complex and violent. And the result was dismal. Then not too long ago, someone important decided that perhaps non-cancer experts could provide a better solution to the present day cancer problem. They have decided that it is time to see things from outside the box. For that, I am real glad.

Why was I angry at the same time? If you hear stories day in and day out that people don’t get better because of someone else’s “insanity” you cannot help but become angry – why does the world allow or even encourage such a thing to happen? I don’t have to answer that question! Some patients know why.

And to make things even worse, alternative healers  who propose something “effective” but outside the norm or prevailing paradigm are labeled as quacks or snake oil peddlers.

In this second posting, I ask this question: is the present day cancer treatment based on faulty and inadequate science? I don’t have to answer that question either. Here are some research papers that I came across. Bear with me if you find it difficult to understand the jargons used and the ideas beside the reports.

What is adaptive therapy?

In a paper, Physics of cancer – the impact of heterogeneity, Annual Review of Condensed Matter Physics, Vol. 3: 363-382, 2012, Qiucen Zhang and Robert Austin wrote:

Gillies et al ( Nat Rev Cancer. 12: 487-93, 2012) in their paper Evolutionary dynamics of carcinogenesis and why targeted therapy does not work.

Let me briefly summarise what these researchers said.

1. Chemotherapy for metastatic cancer commonly fails due to evolution of tumour cells to become  drug resistant.

2. So going to the oncologist is like playing a game .. the oncologists choose a therapy and the tumors ‘choose’ an adaptive strategy. A famous Singapore oncologist put it in a different way – It is just like buying a lottery hoping to strike a jackpot!

3. When chemo drugs are pumped into you, the cancer cells work overtime to pump out the drugs from their cells. If no chemo drugs were applied, the pump activity was low. This activity increased after chemo treatment. Increased activity means the cells need more energy – will this not make your MORE sick?

4. The researchers said that the commonly practised maximum-dose-shoot-to-kill treatment is flawed.  Oncologists have been doing this for years. And the patients are made to believe that the stronger the dosage of poison used the higher the chances of  “cure.” And that practice has now been challenged!

5. Now there is a new buzz word —  the future of cancer research seems to be centered in the field of targeted chemotherapy.  Take note of the terminology used nowadays, Targeted Therapy! However, it is evident that currently neither conventional nor targeted chemotherapies will suffice against resilient tumors. Target therapy make a lot of money but for patients I don’t see much meaningful results. Very often, we see disappointment. Why?

6. The researchers provide the answer:  tumor response is often transient, and therapy frequently fails due to emergence of resistant populations. Why are they resistant to the chemo-drugs? The latter reflects the temporal and spatial heterogeneity of the tumor microenvironment as well as the evolutionary capacity of cancer phenotypes to adapt to therapeutic perturbations.

7. Is the kill-all-cancer-cells strategy that is done today the correct approach? Not so. You don’t have to kill all the cancer cells in your body. The goal of adaptive therapy is to enforce a stable tumor burden by permitting a significant population of chemosensitive cells to survive so that they, in turn, suppress proliferation of the less fit but chemoresistant subpopulations.

8. It is a common mistake to view cancer as a single disease with a single possible cure which we have just not found yet. The key reason why we may never be able to defeat cancer may lie in the extreme heterogeneity of the population of the cells in a tumor: there is no one magic bullet.

9. The process of cancer that occurs in your body requires genetic instability and highly selective local microenvironments, the combination of which promotes somatic evolution. Hypoxia (low oxygen conditions), acidosis and reactive oxygen species … are also able to induce genetic instability. Don’t blame it all on only the  genes. You don’t have to remove your two beautiful breasts trying to prevent cancer! O, poor actress? There are MORE to it than just the genes.

11. At long last, someone –  Eric Schuur in his blog post said: Time to Rethink Cancer Therapy? Having spent many years trying to grow cancer cells in various ways, it is clear to me that they depend heavily on their microenvironment to survive. Cancer treatment is not just about KILLING cancer cells. There is more to this!

12. If there is one message you need to know, here it is: Chemotherapy Spreads Cancer and Makes It More Aggressive.  (Click link to read more.)

If you have appetite for more, read my next post: Quotations from: NEVER FEAR CANCER AGAIN. 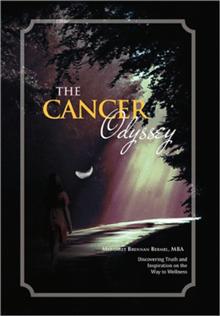 If you are brave enough to leave behind everything familiar and comforting… and set out on a truth-seeking journey, and if you are truly willing to regard everything that happens to you on that journey as a clue,

and if you accept everyone you meet along the way as a teacher,

then truth will not be withheld from you. (From the movie Eat, Pray, Love).

The Author: Margeret B. Bermel, MBA

She lives on Long Island with her husband and cats. She graduated from Marywood University with a B.A. in Psychology and a minor in Music. She is an MBA from Hofstra University, a First Degree Black Belt, and an avid golfer.

In 2009, Margeret was diagnosed with ovarian cancer and her world suddenly changed.  She started to chronicle her discoveries.  She stumbled upon the dirty secret of the cancer industry:  chemotherapy does not work.  As her research progressed to the discovery of the truths about conventional treatment, she also opened up to the inspiration that life offers to us all on a daily basis, if only we pay attention.  She started blogging about her discoveries.  The book unfolded as her journey unfolded.

In October 2009, the surgeon leaned over me in the recovery room and shouted, “It was malignant.”  My husband then leaned over me and whispered gently, but with conviction, “We WILL grow old together.”  That day was the start of my journey through the labyrinth of the cancer industry.  The Cancer Odyssey: Discovering Truth and Inspiration on the Way to Wellness chronicles my journey, searching both for truth about the cancer industry, and for inspiration about the purpose of life.

Why She Wrote this Book

The Message She Wants You to Know