RP is a 44-year-old Indonesia lady. She was diagnosed with breast cancer and had undergone a left mastectomy with axillary clearance. Three out of 5 sentinel lymph nodes were infected with cancer. It was a stage 2A cancer.

RP as asked to undergo 8 cycles of chemotherapy. Each cycle of 5-FU, Cyclophosphamide and Epirubicin cost RM3,000.  After receiving 3 cycles of chemo,  RP was asked to install a chemo-port because her blood vessel was unable to take in the drug. RP also suffered severe bleeding during her menses. She came to seek our help on 13 June 2014.

Chris: Before you did the chemo, did you ever ask if chemo was going to cure you.

RP: The oncologist said chemo can give a 70 percent cure!

Let me not give my own views about chemotherapy. Reflect on the following: 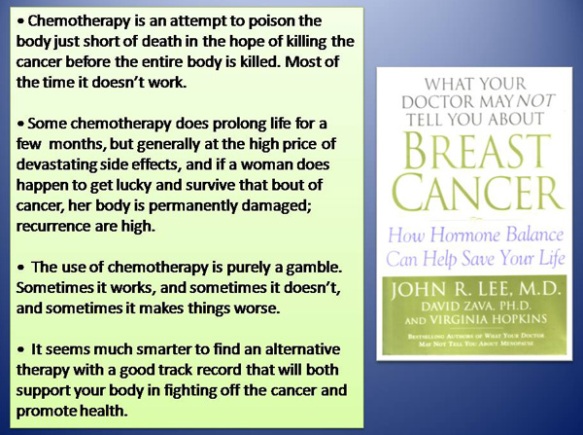 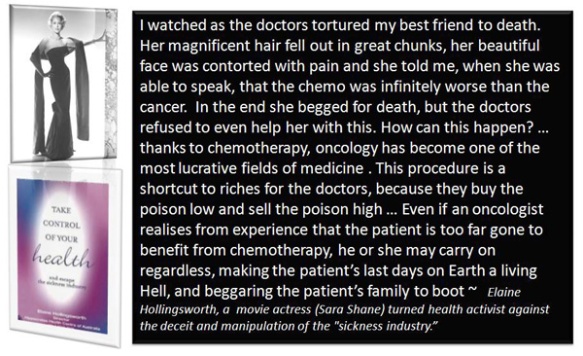 1 thought on “Do chemotherapy, you have a 70 percent chance of cure for your breast cancer! You believe that?”