KP is a 56-yer-old man. His problems started about 4 years ago, in 2013, when he had coughs and often vomited blood. He was subsequently diagnosed with cancer of the larynx and underwent 12 sessions of radiotherapy and 7 cycles of chemotherapy. This was done at a government hospital.

He was okay after the treatments.

In 2017, i.e. barely 4 years later,  KP had difficulty eating. Whatever he ate, he vomited it out. HIs stomach felt uncomfortable. He felt very tired.

A CT scan done in a private hospital in July 2017, showed the following: 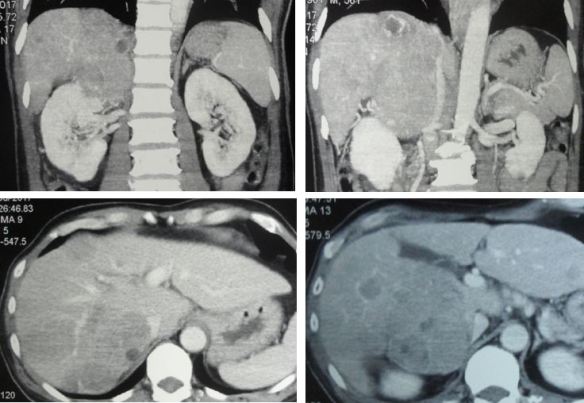 The doctor told KP that nothing more could be done. He was asked to go home — without any medication, and wait to die.

Listen to what his daughter told us this morning.

Part 2: Doctor has given up. Anything CA Care can do for him?