LKS is a 63-year-old man. Eight years ago he was diagnosed with liver cancer and underwent a surgery. His gall bladder and part of his liver was removed. According to the surgeon there was no need for follow up chemo. There was no need to take medication either.

LKS was well and went back to his normal life — of course, eating what likes.

In late December 2017 (eight years after his surgery), LKS had wind in his abdomen and he had difficulty emptying his bowel. He went back to the same hospital where he had his surgery and did a CT scan. 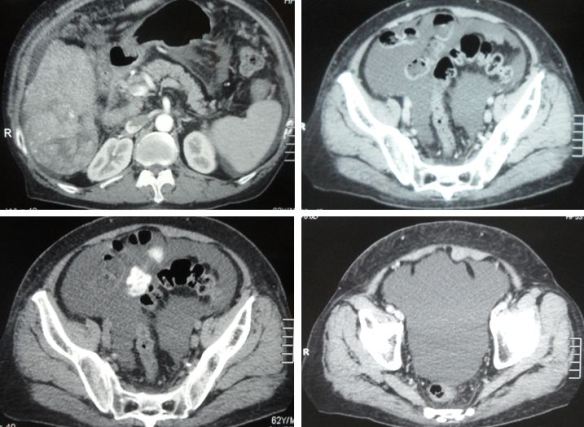 LKS was told there was fluid in his abdomen. He was prescribed some medication and sent home. He was told nothing else could be done.

LKS and his family came to seek our help in mid January 2018. He presented with distended abdomen, otherwise he was alright.

His liver function test done on 19 December 2017 was as below.

LKS was prescribed liver herbs in addition to herbs for his abdominal distention. Within a week he felt better. Unfortunately this improvement did not last! LKS felt hungry and went to supermarket and bought some “instant food stuff” to eat. He was back to square one!

Most patients never learn. In spite of us spending hours telling them to stick to healthy diet, they would sure go back to their “bad” diet the moment they feel well. This is my advice to all patients who come and see us. If you want to take our herbs, take care of your diet. If you want to eat anything you like, then don’t come and see us. Yes, your doctors say you can eat you like or your diet has nothing to do with your cancer! Our 20 plus years of experience tell us otherwise — diet plays a vital role in cancer healing!

No need to listen to me. Read what other “enlightened” doctors have got to say.

The take home message of this case is there for you to see! Surgery does not cure liver cancer.

Yes, surgery can buy you some time. After surgery you may be told it is all “taken care off” or “I got the cancer all out”. Don’t be taken up by such assurance — I have seen enough cases of recurrence to tell you that such advice is misplaced and misguided. A misinformation.